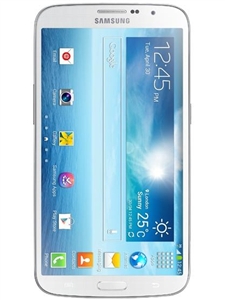 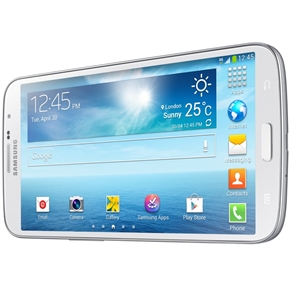 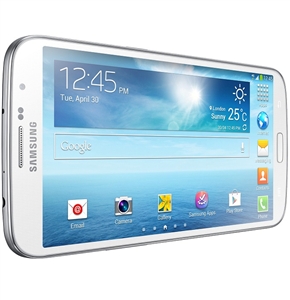 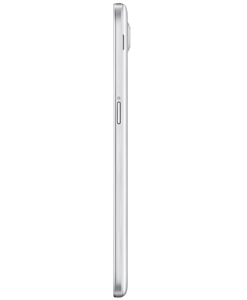 The Samsung Galaxy Mega is a super-sized phone. This GSM Android phone features a 6.3-inch display and has many of the same features as the Galaxy Note. This device comes equipped with an 8 megapixel rear camera, a 2 megapixel front camera, 4G LTE, 1.7GHz dual-core processor, WiFi, and a removable long lasting battery. The Galaxy Mega also features GPS, NFC, Bluetooth compatibility, Mobile Hotspot, and quadband GSM along with WCDMA modes for international use. This version comes equipped with 16GB of mamory and also features a microSD slot for additional storage. 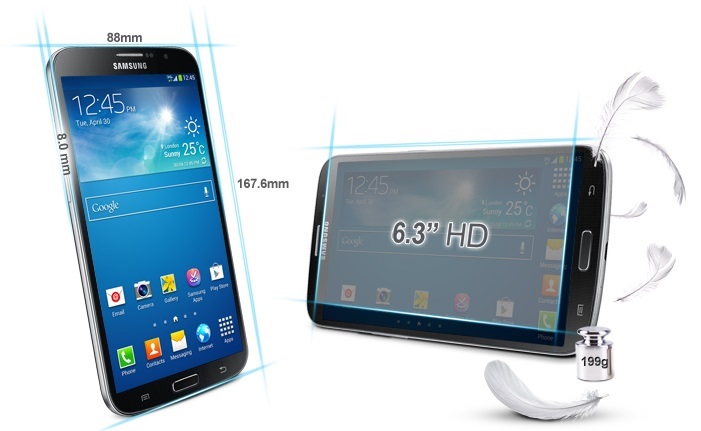 Spec Highlights4G/4G LTE connectivity
Android 4.2.2 (Jelly Bean) operating system
1.7 GHz dual-core processor
6.3-inch Super Clear LCD touchscreen (HD 720p)
8-MP rear camera (with Full HD 1080p video)
Front 1.9-MP camera
16 GB storage + 1.5 GB of RAM
MicroSD expansion up to 64 GB (optional cards)
Wireless-N Wi-Fi + Bluetooth 4.0 + NFC
Up to 18 hours of usage timeCombining the functionality of a smartphone with the viewing ease of a tablet, the Samsung Galaxy Mega for AT&T features the largest screen on any smartphone at 6.3 inches — making it a breeze to share photos, videos, and games. Experience a smartphone that sits comfortably in your hand or your pocket, yet looks and behaves like a tablet with its wide screen. And with access to 4G LTE speeds plus an easy-to-carry design, the Samsung Galaxy Mega is the perfect partner for your busy life. 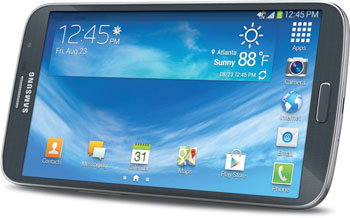 Running the Android 4.2.2 (Jelly Bean) operating system, the Galaxy Mega is powered by a 1.7 GHz dual-core processor. It features 16 GB of internal storage, which can be expanded using optional microSD memory cards up to 64 GB. Its 3200 mAh battery provides up to 18 hours of talk time and 19 days (456 hours) of standby time.

Everything You Love, All On a Bigger Screen

The Galaxy Mega combines the best of everything. Now you can get the mobility of your smartphone while still getting the immersive experience you’ve come to love from your tablet. The hybrid design lets you go from a conference call with a client to a video call with your family — all while using the same device. Pair that with the Multi Window capability, and you have all your mobile needs together in one.

Capture All the Action

With the Samsung Galaxy Mega, you don’t have to be a professional photographer to take pictures like one. It’s equipped with an enhanced 8-megapixel rear-facing camera and a 1.9 megapixel front-facing camera. And it features a variety of camera modes, including Sound & Shot (captures 9 seconds of sound and voice together as the picture is taken to capture moments), Sports, and more. Whether you’re using Continuous Shot to capture your child’s winning basket or panorama to get an entire landscape — this camera will make sure you don’t miss any action.

More than just a personal device, the Galaxy Mega makes the most of your relationships and enables you to easily share and experience many of life’s pleasures together with family and friends, wherever you are. With the Group Play function, you can enjoy music, photos, documents, and games with those around you without even requiring a Wi-Fi or cellular signal. You’ll be able to connect directly to other Galaxy users instantly. For example, the Share Music option enables you to have the same song playing on multiple phones in sync to create the best party atmosphere.

AT&T boasts the largest 4G mobile broadband network in the United States, covering more than 292 million people with a combination of two layers of 4G technology: the 4G LTE (Long Term Evolution) network and an older technology called HSPA+ that delivers near-4G speeds. AT&T’s 4G LTE network is currently live in 261 markets across the U.S. (as of May, 2013) with more markets continually being added.

With 4G LTE technology, you’ll get mobile Internet speeds up to 10 times faster than 3G, enabling you to upload a photo in 6 seconds, download a song in 4 seconds, and download HD movies in minutes and apps almost instantly. You can expect average download data rates of 13 megabits per second (Mbps) and 6 Mbps for uploads in real-world, loaded network environments.

If you are not in an area served by 4G LTE, you’ll be able to connect to AT&T’s HSPA+ enhanced backhaul network, which delivers speeds up to 4x faster than AT&T’s HSPA 3G network. With the combination of 4G LTE and HSPA+, you’ll enjoy higher data speed averages than other networks. In areas where either AT&T’s 3G or 4G network is not available, you’ll continue to receive service on the AT&T EDGE network, which offers availability in more than 13,000 US cities and along some 40,000 miles of major highways.

There are no reviews yet.